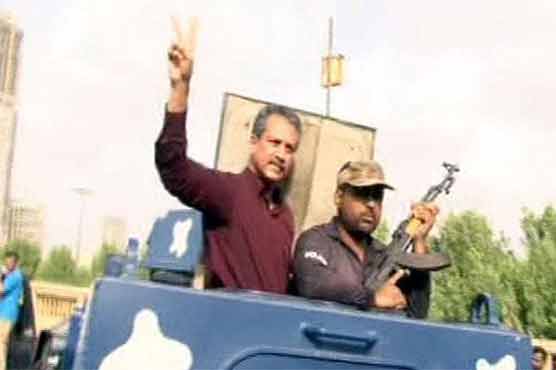 Karachi (Dunya News) – Municipal Commissioner told that Waseem Akhtar should be allowed to chair the city council meeting, in a letter addressed to the superintendent of the Karachi Central Jail.

According to details, the recently elected Karachi Mayor Waseem Akhtar is still under arrest and had to chair the City Council meeting at the old KMC building.

The letter further revealed that Waseem Akhtar should be brought to the city council meeting with full security.

The first meeting of the city council will be held tomorrow. It is also worth-mentioning that Waseem Akhtar took oath as Karachi Mayor on 30th August.