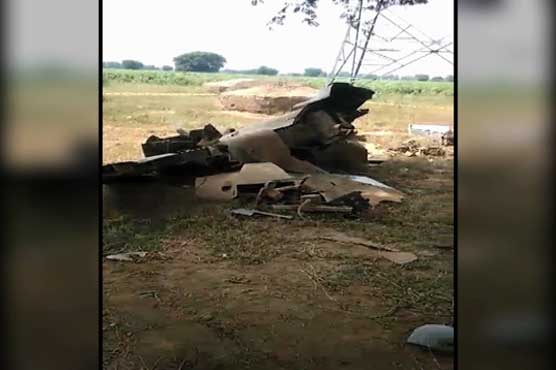 According to initial reports, the UAV was on a routine training mission when it crashed into a field.

The rescue workers, PAF officials and police immediately reached the spot where the UAV was crashed.

The officials recovered remains of the UAV and an immediate inquiry had been ordered for causation of the crash.

Whole nation is proud of sacrifices of martyrs: Air Chief