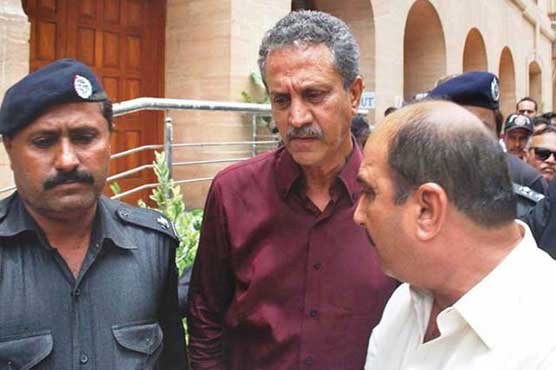 Waseem Akhtar pleaded to take notice of forged cases against him and release him on bail.

According to sources, Waseem Akhtar wrote a letter to the chief justice complaining him that 20 fake cases are being registered against him with each passing day.

He also demanded the authorities to take notice of forged cases against him and release him on bail to serve the city indiscriminately.

Earlier, the mayor said anti-Pakistan statements were unaccepted as they fall in the ambit of treason and fraud. He also disowned remarks given by Muttahida Qaumi Movement (MQM) founder.

He expressed satisfaction over the leadership of Farooq Sattar and also lauded work of Chief Minister of Sindh Murad Ali Shah.

Waseem Akhtar was sent to Central Jail in capacity of an accused in terror case against former petroleum minister, Dr Asim Hussain and May 12 tragedy case.

Akhtar’s plea for extension in interim bail was also rejected by an anti-terrorism court in the aforementioned cases.

He was nominated in the case that was registered under terror charges in November last year at North Nazimabad Police Station. Pak Sarzameen Party’s Anees Qaimkhani, Pakistan People’s Party’s Abdul Qadir Patel and MQM’s Rauf Siddique were among the four detainees.

He had also demanded the authorities to provide him with an office in the prison for the purpose.