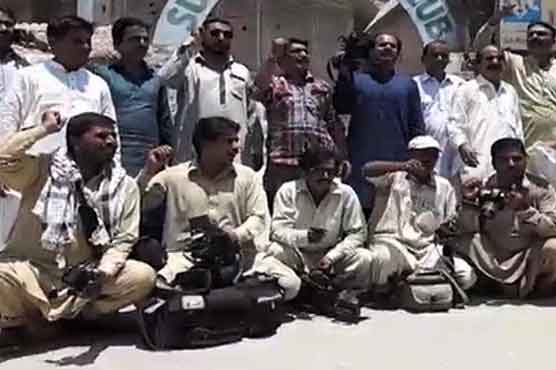 Seventy people including journalists lost their lives in a deadly blast carried out by terrorists in Civil Hospital Quetta. In the wake of these attacks, the Gujranwala Union of Journalists and Press Club held a joint procession. The journalists chanted slogans against terrorism and Balochistan government over lack of security measures taken despite imminent threat.

The rally started from Press Club to Lorry Ada and ended back at Press Club. The demonstrators also demanded financial aid for those injured as well journalists who succumbed to wounds in the attack.