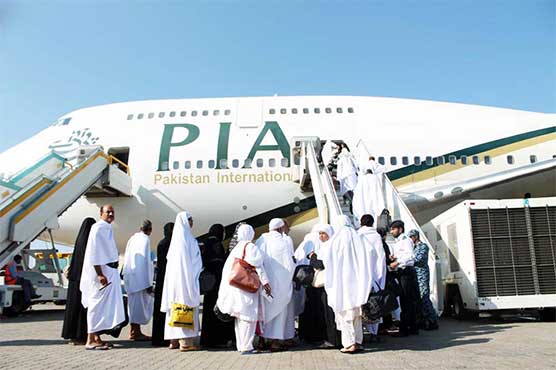 143,368 Pakistanis will perform Hajj this year.

ISLAMABAD (Web Desk) - A month long Pre-Hajj flights from Pakistan begin tonight and will continue for a month until 4th of next month, the Radio Pakistan reported.

Minister for Religious Affairs Sardar Muhammad Yousuf will see them off at the Airport.

143,368 Pakistanis will perform Hajj this year, fifty percent through government scheme and same number of pilgrims through various private schemes.

Earlier, Minister for Religious Affairs Sardar Muhammad Yousuf  said that Hajj expenses have been reduced this year and overall package the under Government scheme will be 2,64,971 rupees. The expenditures for pilgrims from Balochistan will be 2,55,971 rupees. He said besides accommodation, food will also be provide to the pilgrims.

The annual Hajj and the lesser pilgrimage known as umrah draw millions of faithful to Saudi Arabia from around the world each year. Hajj is one of the five pillars of Islam, and every capable Muslim must perform it at least once in what is the high-point of his or her spiritual life.