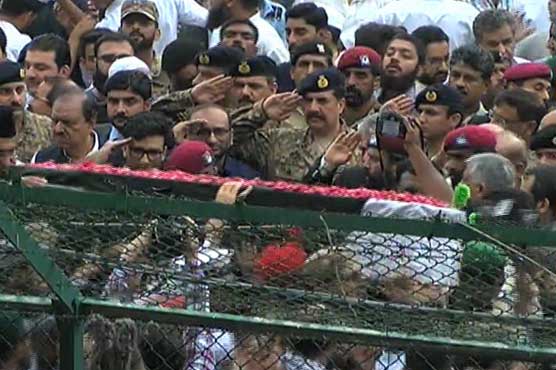 As reported by the ISPR earlier, the Chief of Army Staff said that not the nation but the world would mourn death of the great human being.

Army Chief earlier on Friday had visited Keel and Bagh Sector and spent time with soldiers and exchanged Eid greetings.

The Army Chief praised the sacrifices made by officers protecting their motherland.

He appreciated their morale during his address to soldiers performing duties at the Line of Control.