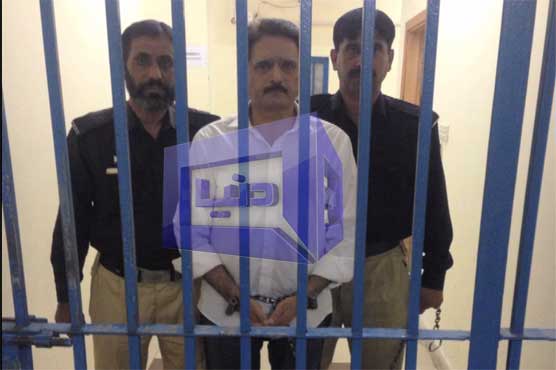 According to details, Justice Muhammad Bashir heard the case pertaining to having assets more than income filed against Shafqat Cheema.

He has also been accused for stealing and selling 200 blue passports issued on official basis.

During the hearing, Nation al Accountability Bureau (NAB) officials presented the data and pictures of diamonds recovered from accuser’s laptop before the court on which, Cheema’s lawyer said that presence of any object’s picture in laptop doesn’t mean it belongs to my client.

He said that 26-day remand of foreign ministry director has ended, therefore, the court should announce verdict and release his client.

He said that Shafqat Cheema is ill while NAB officials have also failed to find any factual evidence against him. He asked the court for plea bargaining which was rejected by court.

The court sent the accused on a 14-day judicial remand in Adiala Jail.

Talking to media outside the court, Shafqat Cheema who had been appointed as in-charge Sri Lanka, Bhutan and Maldives desk said that he is suffering from heart ailment due to which he applied for plea bargaining.

The minister also said that he will not return any money.

Circular debt on the rise because of govt's failed policies: Imran