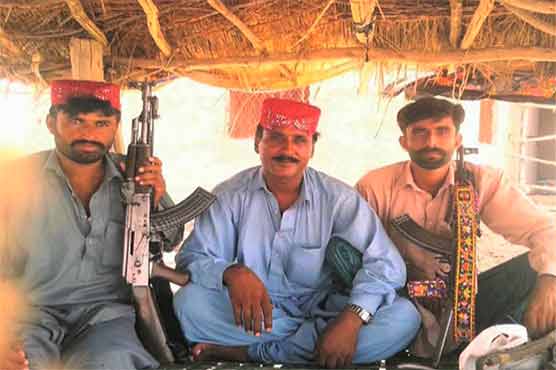 Preparations at peak in regards to operation against Chotu gang

RAJANPUR (Dunya News) – The operation against Chotu gang entered its 20th day on Sunday. Security forces, Rangers and Pakistan Army officers have pushed the criminals back through their combined effort, reported Dunya News.

According to District Police Officer (DPO) Rajanpur Ghulam Mubashir Mekan, Rangers and army officers are fighting in the front row against the infamous dacoits whereas surveillance of Chotu gang is being done through drones and helicopters. Security forces equipped with heavy arms continue their effort for the peaceful release of the kidnapped policemen. In this regards, Chotu gang has been given a deadline to release the abducted policemen and to lay their arms till the evening of April 17 (today).

Sources indicate that the abducted policemen are safe as of now. A plan has been made for their release and that the operation is expected to conclude soon. The dacoits have released pictures of the kidnapped policemen.

Another operation has been launched against the aides of Chotu gang by the law enforcement agencies, sources report. Nine such individuals have been reported who have been providing assistance of some sort to Ghulam Rasool alias Chotu and his gang members and have also played the role of liaison between the police and the gang.

Few of these individuals have been traced having affiliations with political parties.