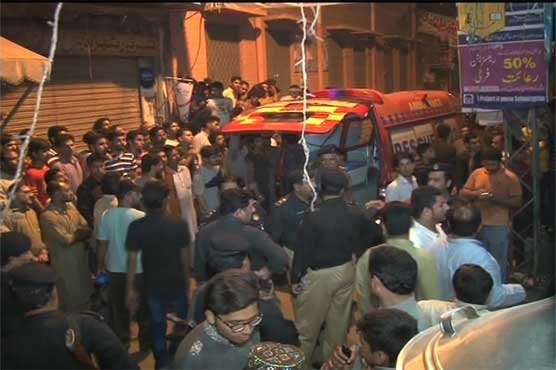 A woman and four children were killed when a two-storey building collapsed in Shairanwal Gate.

LAHORE (Dunya News) – Five members of the same family, including a woman and her four kids, were killed when a two-storey building collapsed in Sheranwala Gate area of Lahore on Thursday, Dunya News reported.

Rescue teams reached the spot and recovered dead bodies of four children, Nimra, Shayan, Umair and Abdur Rehman, from the rubble while their mother, Iram Bibi, was shifted to hospital in critical condition where she also succumbed to her injuries.