12 terrorists killed in clash with security forces in Kohlu 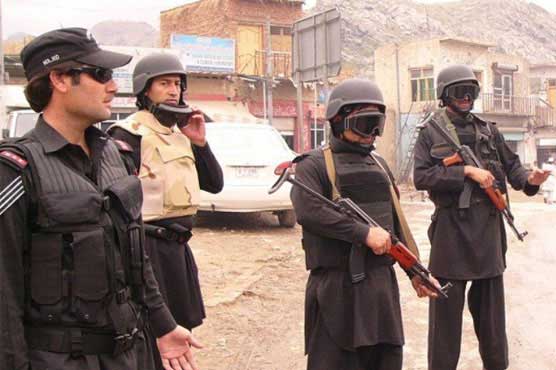 BLA commanders Jamil and Baloch Khan were among those killed in the action.

QUETTA (Web Desk) – Twelve suspected terrorists including two key commanders of a banned outfit were killed in exchange of fire with Frontier Corps and intelligence agencies in Kohlu district of Balochistan today (Monday).

According to FC spokesman, these terrorists were involved in targeted killings, kidnapping and other anti-state activities.

The two militant commanders Jamil and Baloch Khan belonged to BLA, he added.

The action was taken after the Balochistan Home Department released a list of extremists belonging to various banned outfits.

Two other militants including BLA’s Aslam Achu and BLF’s Dr Abdulmana have been killed in raids earlier. Both had one billion rupees bounty on their heads.

Balochistan, Pakistan’s largest but most impoverished province, is also home to a raging insurgency that has claimed the lives of hundreds of soldiers and militants since it re-ignited in 2004, with rebels often attacking government installations and personnel.

Security forces have intensified action in Balochistan after the announcement of the National Action Plan in December 2014 to combat terrorism in the country.

No forgiveness for elements involved in terrorism in Balochistan: CM Zehri