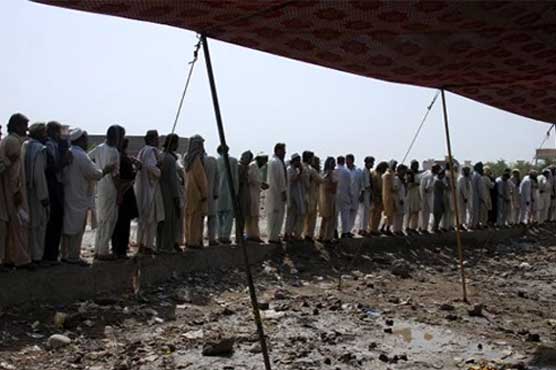 Some 5.3 million people have been displaced by fighting in northwestern Pakistan in recent years.

ISLAMABAD (Reuters) - Aid shortfalls, ruined infrastructure and the lingering risk of attack are undermining efforts to return around one million Pakistanis to homes they fled after the military cracked down on militants along the Afghan border.

Of some 5.3 million people displaced by fighting in northwestern Pakistan in recent years, a million or so remain to be resettled under a programme the authorities see as key to keeping a lid on extremist violence.

The frontier regions, which are deeply conservative and hard to access due to rough terrain, have long been the sanctuary of fighters from al Qaeda, the Taliban and other groups.

Pak Army says most militants have been removed, but to root out the problem permanently, locals need to return and form a functioning society, said Abdul Qadir Baloch, Minister for States and Frontier Regions.

"This is a great responsibility that is on our shoulders," Baloch told Reuters. "We should do it so as it rid ourselves, this country, of terrorism; not only ourself, but the entire world."

People are generally anxious to get back, having lived in refugee camps or cramped conditions in towns and cities since being forced to leave the so-called Federally Administered Tribal Areas (FATA).

More than four million have already done so, and the government wants those left resettled by the end of 2016.

With support from international donors including the United States and China, Pakistan plans to refurbish bombed-out roads, irrigation networks, markets, schools and hospitals in one of the poorest areas of the country.

"We want to launch a mini-Marshall Plan so as to develop this area," Baloch said, referring to the financial aid package to Europe after World War Two.

Aadil Mansoor, assistant country director at the United Nations Development Programme (UNDP), estimated around $800 million would be needed to resettle and rebuild the region over the next two years.

Though long-term infrastructure projects have better financial backing, short-term aid has been harder to come by, as donor nations focus on humanitarian emergencies in Syria and Yemen, he said.

Lola Castro, country director for the United Nations World Food Programme (WFP), said her agency was about $50 million short in donor support to provide food and early recovery aid to displaced and returning families this year.

"This is a very critical year, and unfortunately, as I see it, it’s the year where Pakistan is being left by itself."

In addition, a government-led programme is tens of millions of dollars short of what it needs to help restore basic services and kick start the economy in the badly disrupted area, according to the UNDP, which helps administer the plan.

If insufficient funds mean people struggle to support their families after they return, they might be more susceptible to militant recruitment or leave again, aid officials said.

"People who don’t have basic social services - health, water, sanitation, food, education - what do they do?" said WFP’s Castro. "They move. They simply move."

Syed Halim Dawar, head of a 14-member family forced to leave North Waziristan in 2014, said he heard some who had gone home did not have drinking water or electricity, and that the bazaar where he ran a successful business had been destroyed.

But the 55-year-old would rather return than continue living in a small house in Peshawar, where he has been unable to open a new shop.

Most people due to go back this year are from North and South Waziristan, two agencies where fighting was particularly intense and where militant groups have warned people not to come back.

"We will fight the army until the government vacates the area," said Azam Tariq, a spokesman for the Tehreek-e-Taliban’s Sajna chapter, which operates in both areas.

"If (internally displaced people) come here, they will face many problems."

In February, the military was continuing operations against militants in parts of North Waziristan, and attacks on security personnel were reported in neighbouring South Waziristan.

Landmines are a threat. The military clears villages of explosives before declaring an area safe for return, and the U.N. works to ensure civilian safety, but hidden dangers remain.

Muhammad Khalid, who left his South Waziristan village during an army operation in 2009, heard the TTP was warning residents not to come back.

But he could not afford to stay in Dera Ismail Khan, the city he temporarily moved to, so in 2011 he brought his family back to the village, rebuilding his home and finding work as a labourer.

On Feb. 15, Khalid was moving his sheep and goats into a field when one of his animals triggered a landmine. Rushing towards it, Khalid stepped on another mine, and had to have his leg amputated.

"The government told us our area was clear, so I moved back with my family," Khalid said. "Now I’m thinking what I will do in the future."

'Sanitisation' of Shawal Valley in progress, another 21 terrorists killed: ISPR

Sacrifices of Shawal's martyred soldiers will not go in vain: PM