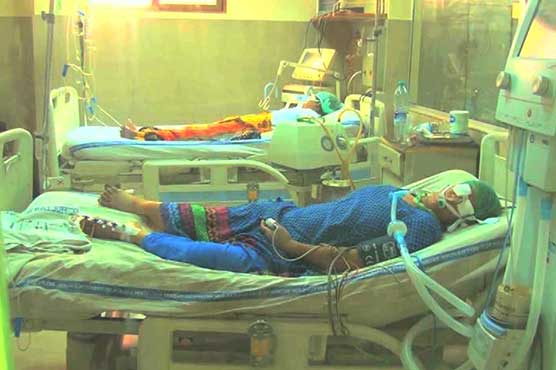 Doctors have sent blood samples of patients to laboratories in Islamabad for analysis.

MULTAN (Dunya News) – Swine flu appears to be spreading across Punjab as three more patients were identified in Multan who are now being treated at Nishtar hospital. Number of Swine flu patients being treated in hospitals has now risen to seven.

Three year old Azra, a resident of Nasheman Colony, Multan was shifted to Nishtar hospital for treatment of the disease.
Meanwhile Muzzaffargarh’s 53 year old Shehnaz and Sheikhupura’s 40 year old Farzana were also brought to the hospital after contracting the illness.

Doctors have obtained blood samples of those afflicted with the sickness and have sent them to laboratories in Islamabad for analysis.

Law and order situation improved in country due to NAP: CM Shahbaz