Police baton-charge, arrest medics as they march towards PM Secretariat 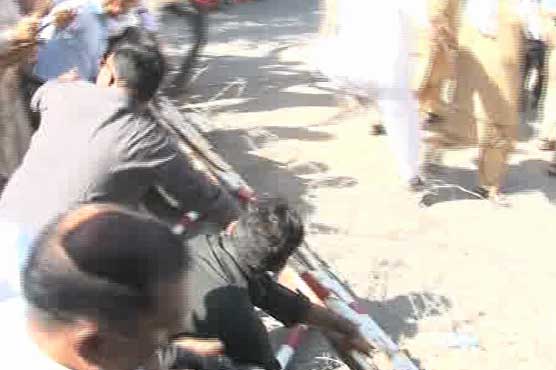 Some medics attempted to cross barbed wire however, police failed all attempts

Several protesters were injured while many were arrested as space in front of the Secretariat presented a scene of a battle.

Traders announce to march towards Islamabad in protest against withholding tax