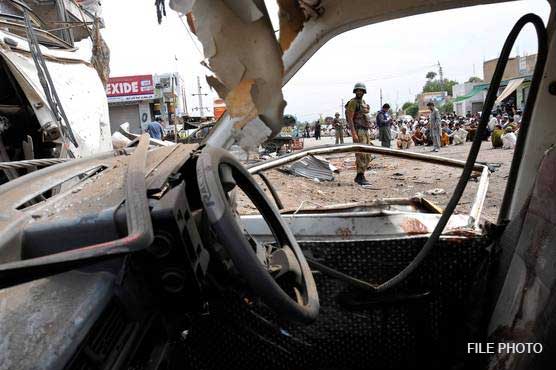 No group has claimed responsibility of the incident.

PESHAWAR (Web Desk) – A political administration official and two local persons were killed in a roadside bomb blast in the South Waziristan capital of Wana this morning, Dunya News reported.

According to sources, the local political agent was traveling in the vehicle with two other persons when it came under attack in Raghzai area.

Security forces arrived at the scene and cordoned off the area. Bodies of the victims were shifted to nearby hospital.

Prime Minister Nawaz Sharif condemned the incident and sought a report from the concerned officials.

South Waziristan is among Pakistan’s seven tribal districts near the Afghan border which are rife with homegrown insurgents and are alleged to be strongholds of Taliban and Al Qaeda operatives, among others.