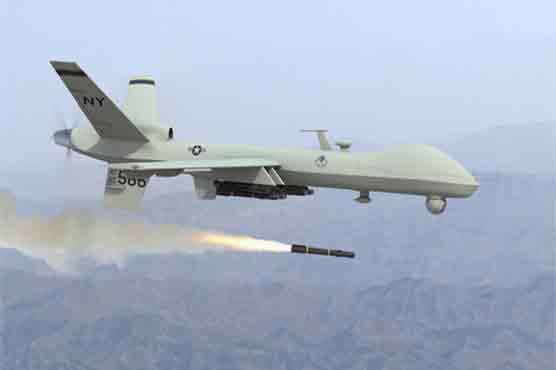 SHAWAL (Dunya News) – Drone attack on the hideout of terrorists killed 2 on Monday in Zoey Narey area of North Waziristan.

According to government sources, American spy plane fired 2 missiles on the compound of terrorists which killed 2 terrorists.

Residents of the area became terrified by the attack as another drone attack was carried out in Tehsil Shawal’s area Watokay Mandi two days ago which killed 5 terrorists while 2 got injured. According to the sources, an important foreign commander was also killed during the drone attack in Tehsil Shawal.