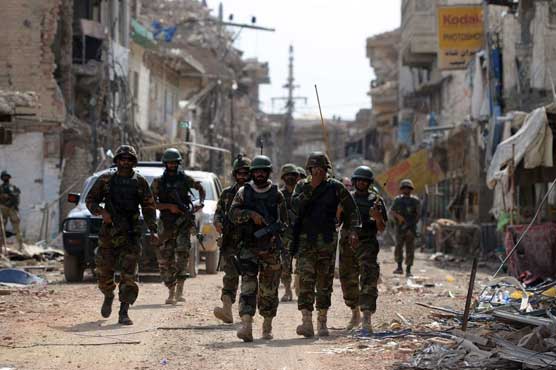 A soldier embraced martyrdom in the exchange of fire

According to the sources, militants attacked the check-post with heavy ammunition and weapons. The security forces killed at least five operatives of the banned outfit.

A soldier embraced martyrdom in the exchange of fire.

The security forces conducted search operation after the attack in the surrounding areas.

Operation Zarb-e-Azb has broken the back of terrorists: PAF chief

Establishment of judicial commission is in best interest of people: Imran Khan