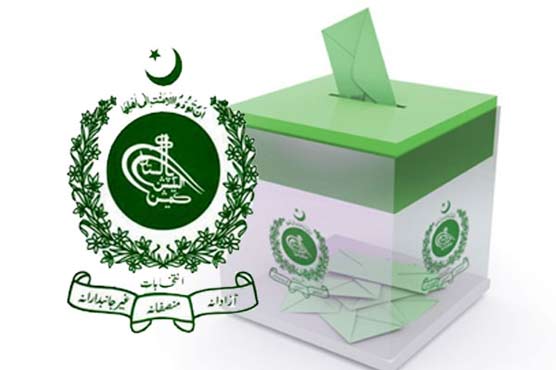 There were 132 candidates in the running for 48 Senate seats.

The contest was for the 48 out of 104 seats in the upper house. Nawaz Sharif runs a coalition government that holds 59 per cent of the lower house while the main opposition party, the Pakistan Peoples Party (PPP), currently holds a majority in the Senate with 27 seats. PML-N is second largest party with 26 seats while PTI is on third position with six seats.

Total 52 seats were up for grab but four members, two each of Pakistan Peoples Party (PPP) and Mutahida Qaumi Movement (MQM) were elected unopposed and polls for four seats in the Federally Administered Tribal Area (FATA) were postponed due to legal and constitutional complications and new date for election will be announced later.

There were 132 candidates in the running for 48 Senate seats.

PTI has emerged as the largest party in the Senate elections from Khyber Pakhtunkhwa by winning six seats.

The winners are Salahuddin Tarmizi, who has been elected on general seat and Muhammad Javed Abbasi on technocrat seat.

The PPP, Jamaat-e-Islami, JUI (F) and ANP secured one seat each.

Khanzada Khan of the PPP, Sirajul Haq of Jamaat-e-Islami and Maulana Attur Rehman of JUI (F) have elected on general seats.

Sitara Ayaz of the ANP has been elected on women reserved seat.

In Balochistan, PML-N, Pashtunkhwa Mili Awami Party and National Party won three seats each whereas JUI and BNP Mengal secured one seat each.

Agha SHehbaz Durrani of PML-N and National Party’s Kabir Muhammad Shahi have been elected as senators on technocrat seats.

The newly-elected senators will replace 52 lawmakers who are retiring on March 11 after completing their six-year constitutional term.

The Senate is a continuous body and senators are elected for six years but under the law, half of the 104-member house retire after every three years.

The Senate gives equal representation to all four provinces with including 23 members, eight from FATA (Federally Administered Tribal Areas) and four from Islamabad.

The seats allocated to a province comprise 14 general seats, four reserved for women, four for technocrats and one for a minority member.