Hangu: 6 dead, 11 injured as result of explosion at IDPs camp 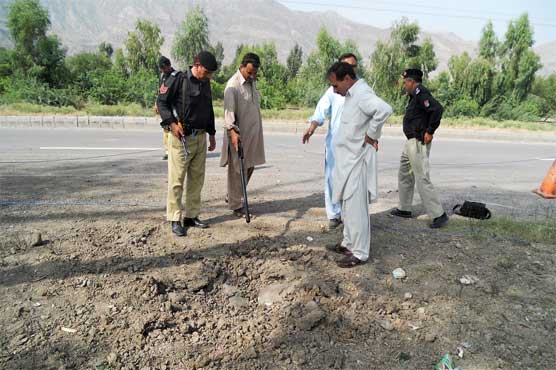 The amount of explosives used is said to be around 10 kilogram.

HANGU (Dunya News) – At least six people including a girl were killed, while another eleven were injured as Muhammad Khawaja camp for internally displaced persons (IDPs) in Hangu rocked with explosion on Sunday, Dunya News reported.

According to the District Police Officer (DPO) Anwar Kundi, the explosion took place at the camp were displaced persons from Orakzai and Kuram Agency have taken refuge.

Reportedly, the explosion took place due to explosives planted in a motorcycle. The amount of explosives used is said to be around 10 kilogram.

Emergency in the Hangu Hospital was imposed after the explosion. The hospital sources said that five injured are in critical situation.

The police said that the Taliban had warned to vacate the camp a month ago and rockets were fired but no casualties were reported.