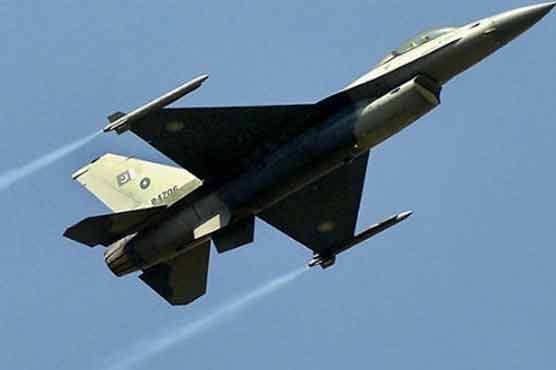 Militants were trying to flee the area when army jets targeted their hideouts.

According to ISPR, PAF jets pounded militant hideouts when they were trying to flee the area.

Pakistan s semi-autonomous tribal areas on the Afghan border have for years been a hideout for militants of all stripes -- including Al-Qaeda and the homegrown Tehreek-e-Taliban Pakistan as well as foreign fighters including Uzbeks.

Jets and artillery began hitting rebel targets on June 15 to try to regain full control of the district and ground forces moved in on June 30.

The assault was launched after a dramatic attack on Karachi airport which killed dozens of people and marked the end of a faltering peace process with the Pakistani Taliban.

More than 400 militants and 25 soldiers have been killed in the assault so far, according to the military.

More than 800,000 people have been forced to flee from North Waziristan by the assault, with most ending up in the nearby town of Bannu.

There have been fears that many top militants also fled, including fighters from the feared Haqqani network, which is blamed for numerous attacks in Afghanistan.