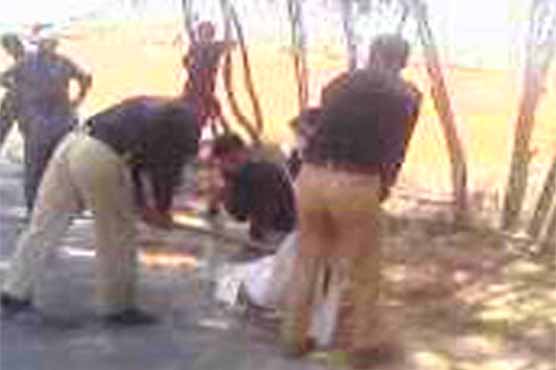 Policemen were given Rs 50,000 by rival group to torture the innocent man.

The tragic incident took place within the limits of Chobara police station.

As per details, the rival group gave Rs 50,000 as pribe to police to torture the farmer.

ASI Nawaz Japa along with other policemen rounded up the innocent man and brutally beaten him with sticks.

The poor man begged for mercy but they didn’t listen.

Later, the policemen showed video of farmer’s torture to his rival party and received Rs 50,000 as a reward.

Punjab Chief Minister Shahbaz Sharif took notice of the incident when it was reported by Dunya News.