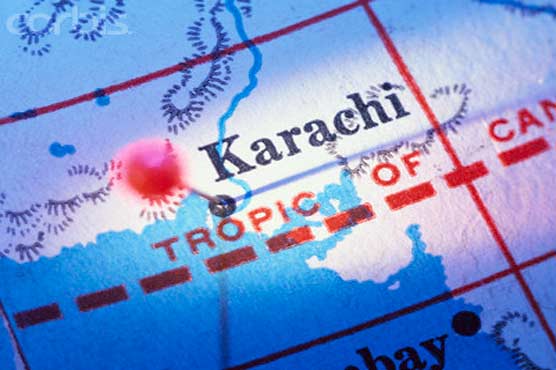 KARACHI (Dunya News) - At least five persons, including principal of a school, were killed in separate incidents of firing and violence on Friday.

School principal Farhan Shah was shot dead by unidentified men near Nazimabad Goal Market while a woman was gunned down near Purana Truck Adda.

In another incident, two men were shot dead in Manghopir by some unknown motorcyclists while a man was killed in firing in Lyari.

On the other hand, targeted operation by police and Rangers continues in several areas of the city. Rangers arrested five terrorists during a raid near Northern Bypass.

According to Rangers spokesman, those arrested belong to different banned outfits. Weapons were also recovered from the accused.

Meanwhile, a gang war accused Jalil alias Bullet was killed in police encounter in Kalri area of Lyari while his accomplice succeeded to escape from the scene.