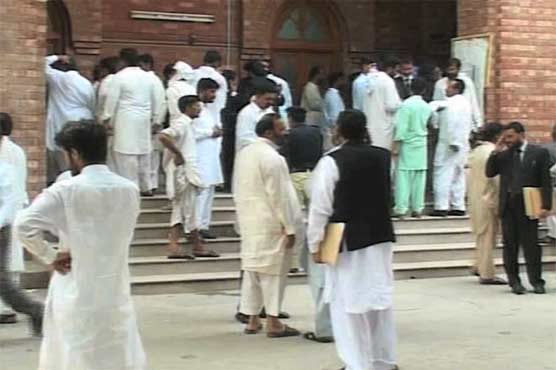 The victim had come to the Lahore High court from Faisalabad to record her statement.

LAHORE (Dunya News) - A woman was killed by her brothers outside Lahore High Court (LHC) over marrying the person of her choice.

According to police, Farzana resident of Faisalabad had married by choice and the case was being heard in LHC.

The victim along with her husband was on way to the court for recording her statement when her brothers caught hold of her outside the LHC premises and started hitting her with bricks killing on the spot. The accused managed to escape from the scene.