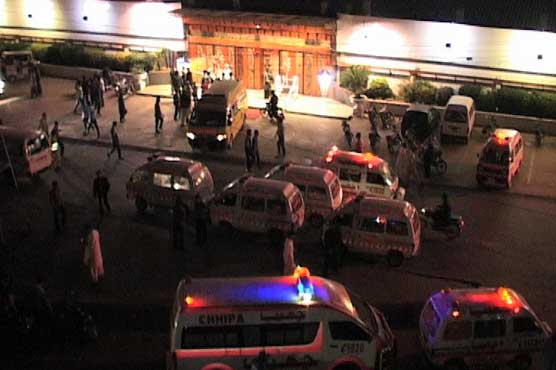 At least 13 people were killed in acts of violence in different parts of Karachi on Saturday.

According to details, some unidentified miscreants opened fire in Orangi Town No 5 and shot dead an army official. The deceased was identified as Sajid.

Elsewhere, four people were shot dead in separate incidents of target killing in Landhi’s Gaddafi Town, Pakistan Bazar, Cheel Chowk and Orangi Twon No 11 while a police official was shot dead in Kalakot area of Lyari.

Police have also recovered two dead bodies from a car in Yawar Goth area of Sarjani Town. Police said the both of them were tortured to death after abduction. The deceased were identified as Danish and Wahid.

On the other hand, at least nine accused were arrested during Rangers raids in Manghu Pir, Pakhtunabad, Gulshan Ghazi and Lyari areas. Arms were also recovered from the arrested persons.