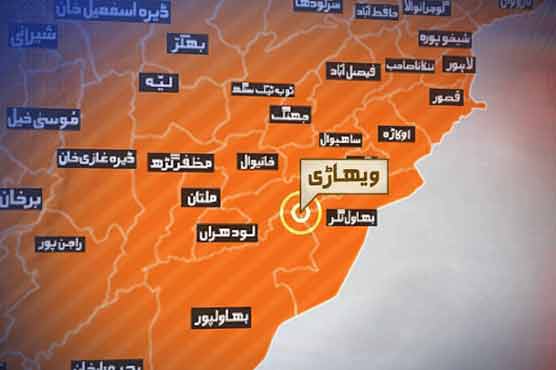 The accident occurred when a speedy passenger van collided with a truck at Multan Road.

BUREWALA (Dunya News) – At least 12 passengers died and 13 others critically injured in a road accident here of Wednesday.

The ill-fated van was on the way from Burewala to vehari when it collided with a truck near Adda Zaheernagar at Multan Road, Dunya News reported.

According to Dunya News, the truck loaded with woods fell down on the van killing at least 12 people including three children and two women.

A large number of locals and rescue teams rushed to the scene and shifted the wounded to Tehsil Headquarters Hospital (THQ) Burewala.

Later, several injured passengers were admitted to District Headquarters Hospital (DHQ) Vehari where they were being provided necessary treatment.