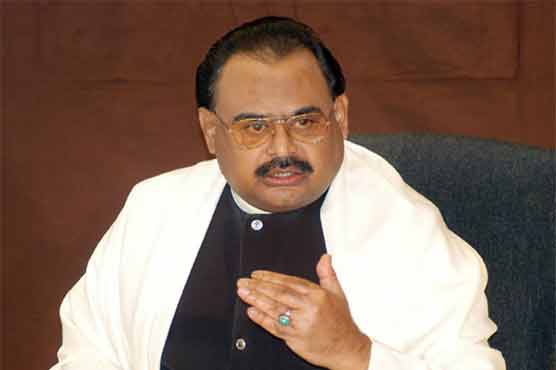 MQM chief has demanded decisive action against the perpetrators of the bomb blast.

“Once again terrorists have intensified their nefarious activities. They want to demoralize security forces and people by carrying out their murderous campaign against our security forces. However, Pakistani people stand shoulder to shoulder with their armed forces,” Altaf Hussain said in a statement.

He prayed for the speedy recovery of the people who were wounded in the incident.

The MQM chief has demanded that the Chief Minister of Sindh should order an decisive action against the perpetrators of the bomb blast.

“These terrorist acts should not demoralize you. You must foil the evil plan of the terrorists who are trying to destabilize the country,” he made an appeal to people of Pakistan