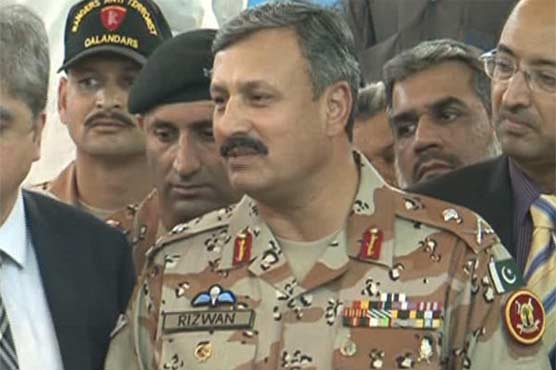 Rangers back every right and lawful demand of the political parties, the spokesman said.

Rangers back every right and lawful demand of the political parties, the spokespersons said.

He said that Rangers work within limits of the law and strict action will be taken if anyone found involved in extra-judicial killings.

Rangers spokesman has requested the citizens to immediately call 1101, if they witness any criminal activity.

Earlier on Friday, MQM Coordination Committee gave a 72-hour ultimatum to the government for recovery of its missing workers. MQM also demanded military and judicial inquiry of extrajudicial murders of party workers.

Banned outfit protest: Both sides of bridge on Chenab closed