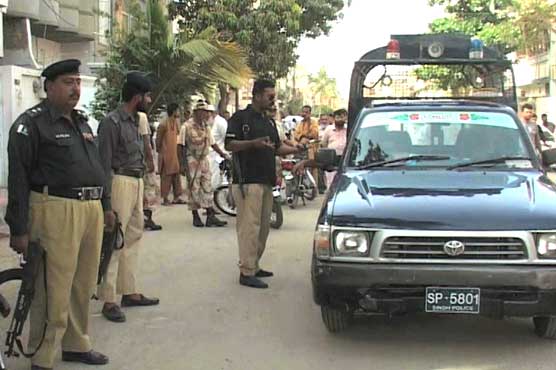 Rangers and police seized heavy weapons during operation in Lyari.

One security personnel was injured when armed men opened fire on them.

Rangers personnel retaliated strongly and killed an alleged terrorist belonging to a banned organization. The suspect was identified as Qari Naushad.

Meanwhile, other suspects managed to escape from the scene.

According to Rangers spokesman, Qari Naushad is involved in planning attack on a high-profile judicial personality.

Six rockets, rocket launchers, 186 hand grenades and other heavy weapons were seized during the operation.

On the other hand, police have found a bullet-riddled body near Kati Pahari area within the limits of Pirabad police station. Identity of the victim could not be confirmed.

Another person was shot dead in Gulshan Bahar area of Orangi Town. His body was shifted to Abbasi Shaheed Hospital.