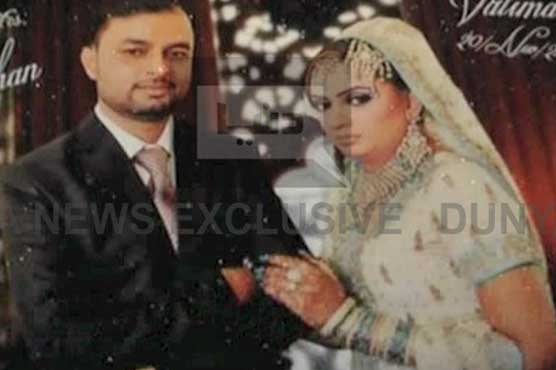 The injured wife said she was being assaulted by her husband when the Rangers intervened.

KARACHI (Web Desk) – A kidnapping case was registered against Zeeshan, a victim of yesterday’s shooting incident, on the behalf of his wife Shafia in New Karachi police station, Dunya News reported on Saturday.

Zeeshan was shot dead by Rangers personnel when he was altercating with his wife Shafia in public near Nagan Chowrangi area. The woman also sustained injuries in the incident.

The injured wife said she was being assaulted by her husband when the Rangers intervened.

According to details, Rangers personnel identified as Rahimullah mistook it as a kidnapping attempt.

On the other hand, relatives of the victim protested outside the police station, demanding registration of case against the law enforcer.

Meanwhile, the sisters of the victim said police had not lodged case on their complaint

DIG West Javed Odho said the matter will be investigated according to the law.