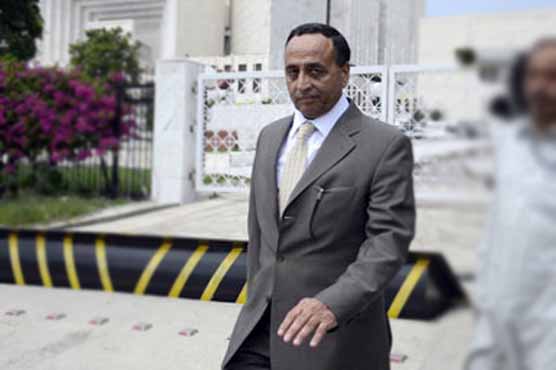 Earlier,CJP directed AG to present the notification of the acceptance of resignation of Azim.

ISLAMABAD (Dunya News) - Aviation Advisor to prime minister Shujaat Azim has sent his resignation to the PM for his being a dual national.

It may be recalled that a three-member bench led by Chief Justice Iftikhar Muhammad Chaudhry had summoned Advisor to the Prime Minister on Aviation and dual nationality holder Shujat Azeem during hearing of a matter relating to irregularities in the construction of New Benazir Bhutto International Airport (NBBIA) case.

Attorney General Munir A. Malik had informed the apex court on Thursday that the Advisor to prime minister on aviation Shujaat Azim would tender his resignation. The AG told Shujaat Azim is a dual national, as he holds Canadian nationality also besides he was court-martialed in the past.

Later, the Chief Justice in view of the statement of the AG directed him to present the notification of the acceptance of resignation of Shujaat Azim and adjourned further hearing of the case until Monday.