Strike in Karachi over cleric's killing 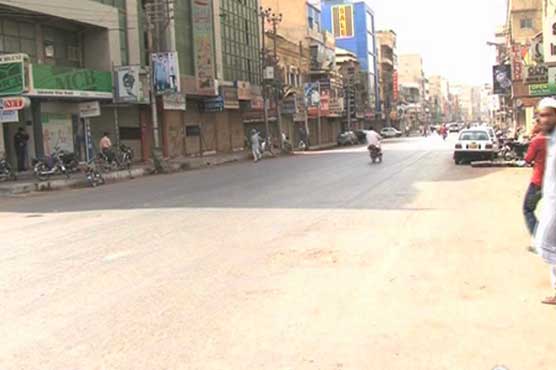 One person was killed by gunfire near Taj Complex on M. A. Jinnah road on Friday.

KARACHI: At least one person was killed and several vehicles were torched as a strike is being observed in Karachi against the ongoing wave of target killings, Dunya News reported.

The strike is being observed on a call given by Wafaqul Madaris organization.

Violent incidents were reported in different areas of the city where some protestors burnt tyres and blocked the roads.

The shutdown call was given after three senior clerics including Mufti Abdul Majeed Deenpuri, Mufti Muhammad Saleh and Maulana Hassan Ali Shah were gunned down on January 31 in broad daylight near Shahra-e-Faisal.