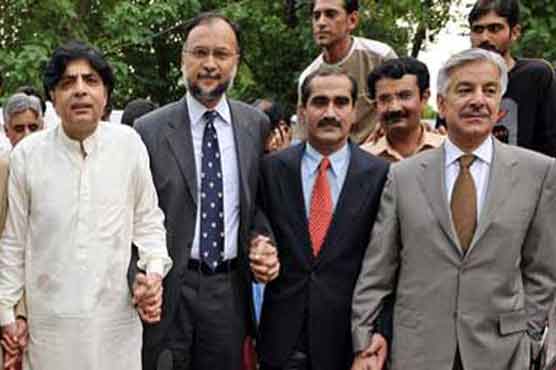 ISLAMABAD: PML-N would hold sit in near parliament house Monday for making Election Commission more powerful and transparent process of delimitation and verification of electoral rolls in Karachi.

Chaudhary Nisar directed leaders and workers to participate in the protest.The MNAs from Rawalpindi and Islamabad including Hanif Abbasi, Shakeel Awan, Malik Ibrar and Anjum Aqeel Khan have been given special task by the PML-N leadership to bring more and more workers with them in the sit-in.