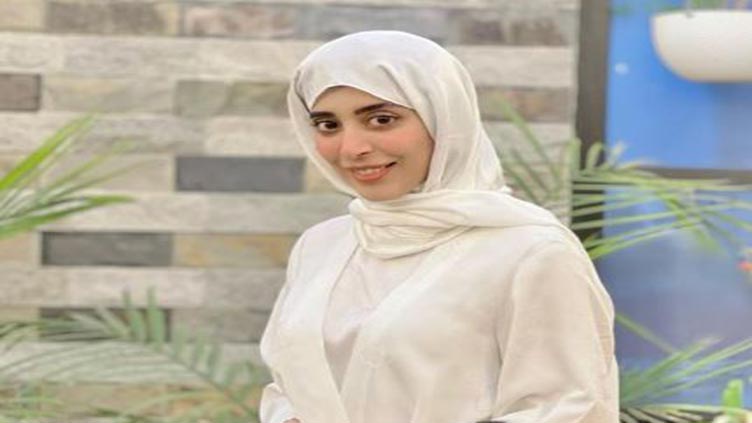 LAHORE (Web Desk) – Renowned actress Urwa Hocane always manages to captivate the attention of her fans – across the globe – be it her acting or content on social media, now taken the netizens by storm with her uber-cool snaps.

In a recent photoshoot for a bags’ brand, Urwa Hocane (also Urwa-tul-Wusqa) was captured aboding a white abaya with a pink bag hanging down her arm.

Wearing a full-head scarf, she could be seen posing with an uncanny smile on her face. While her pictures resounded well with some fans on Instagram praising her looks, others could be seen posting devious comments on her posts criticizing her ‘overnight shift from a dancer in a recent movie “Tich Button” – produced by her – to a pious looking woman’.

Hocane has produced a recently released movie named “Tich Button”. This is for the first time she has entered the realm of film production. Starting her career as a VJ (video jockey), she made widely popular appearances in various TV dramas too. Her acting skills in dramas “Udaari” and “Meray Ajnabi” grabbed the attention of the pubic – widely.

Urwa has also made a special appearance in the movie along with her husband Farhan Saeed, Iman Ali, Feroze Khan, and Sonya Hussyn leading the cast. The movie is doing well in the cinemas countrywide.

On her Instagram account, she has garnered over 5.6m followers, courtesy her acting skills and connection with fans.