When 'Maula Jutt' was killed; Death anniversary of Sultan Rahi 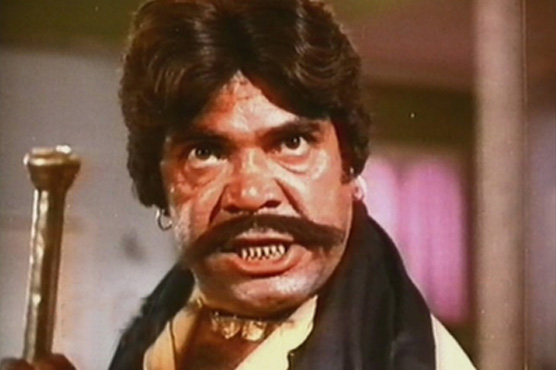 When 'Maula Jutt' was killed; Death anniversary of Sultan Rahi

He was a pioneer of his own unique style which afterwards became the norm of Pakistani cinema.

LAHORE (Dunya News) 9th of January is the day when Pakistani film industry was ripped off of its most celebrated star Sultan Rahi.

Sultan Rahi the film superstar was the biggest action hero and the only Pakistani actor who has his name in Guinness Book of World Records.

He was a pioneer of his own unique style which afterwards became the norm of Pakistani cinema. A Hero with a roaring voice and wrestler’s built, Sultan Rahi could pass for any super hero with a Punjabi touch.

Sultan Rahi was born in a Muslim family in Utter Pardesh and his family migrated to Pakistan and settled in Gujranwala after 1947.

He appeared in over 800 movies. He worked in 100 Urdu films as well but his top grossing films were all Punjabi.

Rahi started his career from theatre and afterwards appeared in some movies as an extra. In 1972, three of his films reached their diamond jubilee and after the record breaking film ‘Maula Jatt’, Sultan Rahi became essential for every Punjabi movie. His most famous movies are ‘Maula Jutt’, ‘Sher Khan’, ‘Chan Veryam’, ‘Kaley Chor’, ‘The God Father’, ‘Basheera’ and ‘Wehshi Gujjar’.
Most of his work was with directors Masood Rana and Younas Malik.

Sultan Rahi was murdered on GT Road on 9th January 1996, near Gujranwala. His son Haider Sultan is also an actor but he could not reach the heights of fame, his father achieved.