“Bolloywood is stuck with movies for young heroines” 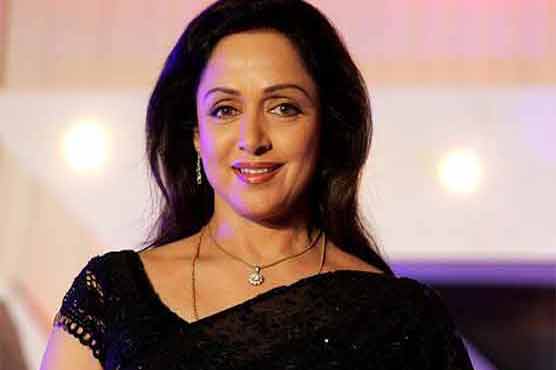 MUMBAI (Web Desk) - Inaugurating an art space at Chennai s Park Hyatt, Hema is vocal about how the industry could get a lot more versatile in storytelling.

"In Hollywood, beautiful stories are written about issues relating to elderly couples and women.

Click to read Meet the famous wives of Bollywood superstars!

There are so many such subjects that could inspire our women. I will definitely be interested in making or working on such films. But we re stuck with making movies for younger heroines," she says.

"In my own career, there was Baghban and that s it. I haven t seen much happening after that."

The veteran actress also feels that the career span of an actress has shortened considerably today, as compared to her own prime years.

"I m encouraged by the talent I see in young girls today, but before you know it, there s always someone who takes over, surely and rapidly. In my own case, I had my time, but didn t even realise when it was over. You think you re the best and suddenly, someone else is. In the past, an actress  duration used to be longer, now it s shorter," she says.

When asked if this has ever made her protective about daughter Esha, she rues, "I always feel Esha was not well exploited. I feel I could have done better work with her. She s a very fine actress."

Staying true to her dance roots, Hema is now collaborating with Shankar Mahadevan to release an album of Soundarya Lahari - a literary work on the mother goddess.

"Soundarya Lahari is very close to me. I ve been reciting it for 20 years, for my own satisfaction. So, I thought it would be good idea to make it an album.

I called Asit Desai, who gives music for my dances. He immediately agreed and recorded a few chants by me, Shankar Mahadevan and Suresh Wadkar. The introduction for the shlok has been given by Amitab Bachchan," she says.

"I m not a singer, I ve just chanted these verses to give a voice to my love and devotion. It s my offering to the Devi."