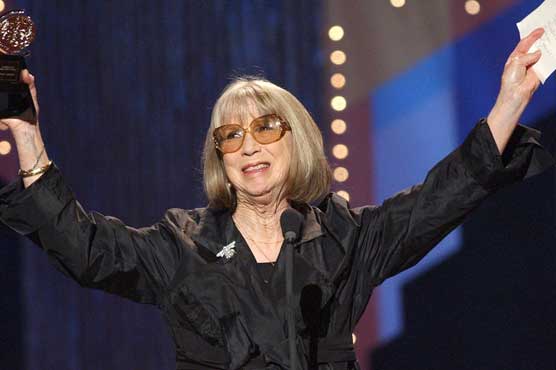 Television viewers knew her as the free-spirited Lilimae Clements in the series "Knots Landing."

Harris' Tony-winning roles ranged from the flamboyant Sally Bowles in "I Am a Camera" to the reclusive Emily Dickinson in "The Belle of Amherst," a one-woman show.

Television viewers knew her as the free-spirited Lilimae Clements in the 1980s series "Knots Landing."

Harris leaped to fame at age 24 playing a lonely 12-year-old tomboy in "The Member of the Wedding." She repeated the Broadway role in the 1952 film version. She was also James Dean's romantic co-star in "East of Eden."