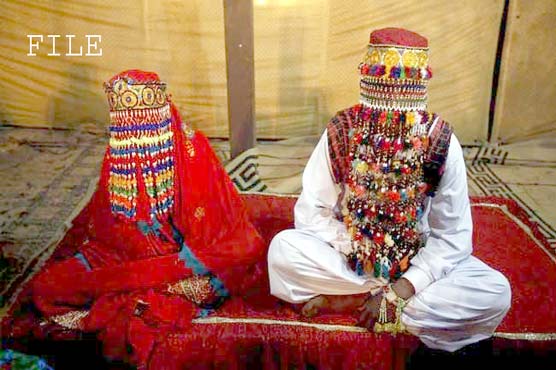 According to details, a case of rape had been lodged against Kot Mubarak’s resident Abdul Hameed, and the claimant Abdul Ghaffar demanded to marry his 11-year-old daughter Yasra to lift the case.

A panchayat was held to settle the matter in which Ismail, Ghulam Akbar, Abu Bakr, Hafeez Ullah, Allah Bakhsh Khar, Fazl-ur-Rehman Marha and Abdul Ghaffar were present. The panchayat ordered to give the girl as vani to Abdul Ghaffar.

The marriage ceremony was underway when the police conducted a raid to stop it. Yasra’s father was also recovered from their custody and investigations have been started after registering the case.