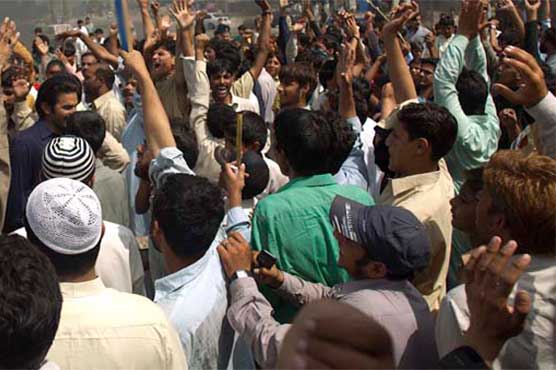 The agency had pledged to send the pilgrims on Hajj from August 13, officers said.

KARACHI (Daily Dunya) – A local travel agency with the name of Al-Hashmi in Karachi’s Shahrah-e-Faisal looted millions of rupees from 800 Hajj pilgrims.

According to details, the victims held sit-in outside the building and also plundered the office while the security officers said that the agency’s owner Ghulam Shabir along with his staff has fled the scene.

The agency had pledged to send the pilgrims on Hajj from August 13, they added.

Earlier, a travel agency was sealed whereas its staff members were also arrested for doing fraud with 14 Hajj pilgrims.

The action was launched on the directives of District Police Officer (DPO) Mianwali after the victims claimed that the agency took Rs 4.20 lac from them and sent them to Multan.

The pilgrims said when they reached Multan airport, the administration told them that their visas and details were not received from the agency.

CTD lodges case over attack on national volunteers in Karachi