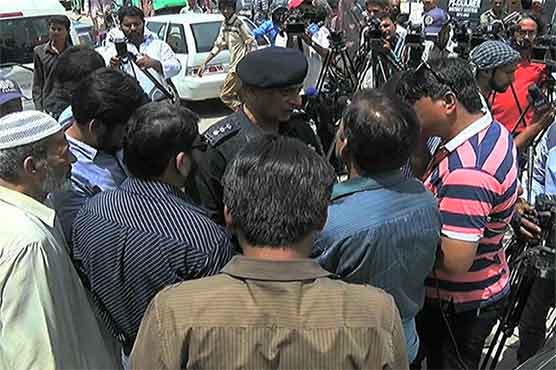 KARACHI (Dunya News) – A group of robbers entered a private bank on Napier Road and took about Rs. 0.6 million along with jewelry.

They robbed microfinance bank during Tuesday in Karachi. Police have arrested six employees as suspects including the manager.

According to special investigation police, certain bank employees were involved in fraud of 3-4 million rupees. The officials have considered the details of these irregularities and started tracing the other suspects.

Police sources revealed that it looks as if the criminal activity was conducted to destroy the previous records. They are in search of the female employee who ran away after fraud case.

She may have role in the bank robbery, police officials predicted.