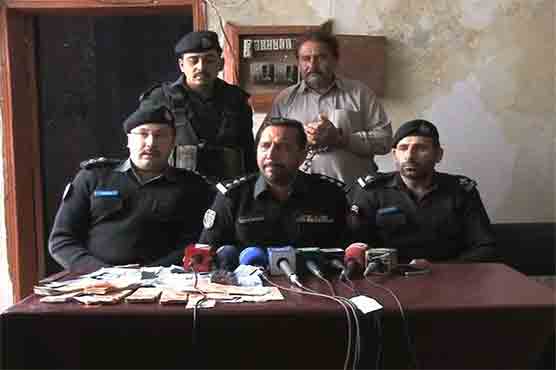 The criminal named Noor Habib was also arrested in the operation

SSP Operations Sajjad Khan revealed about the details of the operation in a press conference as he also mentioned that the criminal named Noor Habib was also arrested in the operation.

It has also been reported that the arrested criminal was hailed to a banned outfit and his son Zia-ur-Rahman alias Naray was an important commander of Tehreek-i-Taliban Peshawar who was killed in a clash with the security forces in Mattani area.

SSP Operations also revealed that the money that was recovered during the operation was supposed to be used for acts of terrorism.

Two suspects sentenced to 14 years in jail for possessing explosives