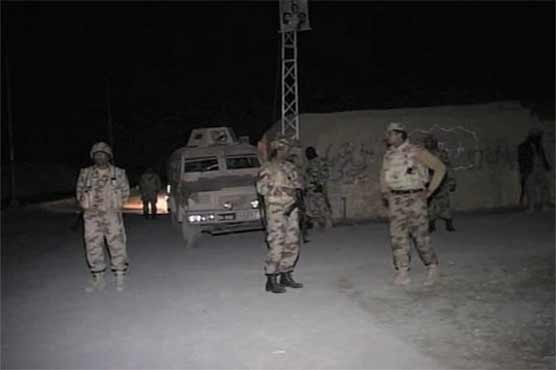 QUETTA (Dunya News) – Frontier Corps and security forces carried out an operation against terrorists in Dera Bugti. Four terrorists were killed during crossfire while three were arrested by law enforcers.

Four hideouts of terrorists were destroyed and explosives as well as weapons were recovered.

All these weapons and explosive materials were taken into custody. The arrested and killed terrorists were involved in kidnapping for ransom, extortion and carrying out attacks on security forces.