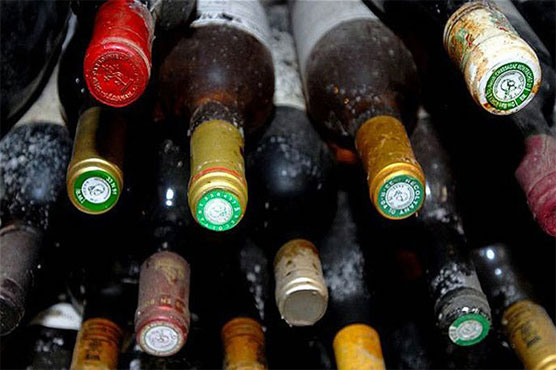 Police also recovered chemicals, stickers and bottles from the suspects.

Both were preparing the liquor in homes for the past couple of months and had to supply it in various guest houses of the city on New Year Eve.

Police also recovered chemicals, stickers and bottles from the suspects.

After the Tobe Tek Singh incident, excise department has taken four vehicles for crackdown against the culprits. Six police personnel will be deployed with every excise inspector.

Atleast 100 litres of toxic liquor was recovered from Gujranwala’s Baghbanpura area and seven suspects were held.

A liquor truck was seized in Bhakkar from which 12000 bottles were recovered whereas driver and cleaner were arrested.

On the other hand, City police has added section-7 ATA of terrorism and section-302 of murder in the toxic liquor case.

The arrested suspects Shahid, Qasim, Ishfaq and Sawan Masih were presented before an anti-terrorism court (ATC) in Faisalabad.

Court has sent them on a 10-day physical remand.