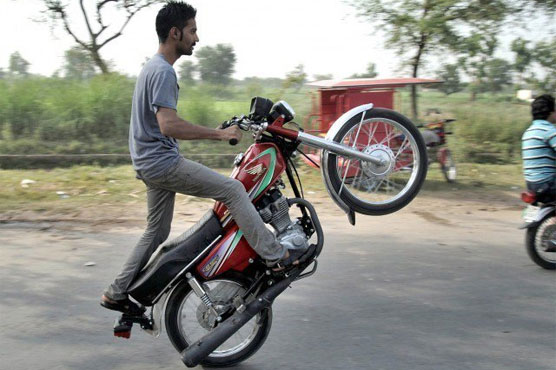 A case has also been registered against them.

MULTAN (Dunya News) – Police on Friday apprehended more than 100 people for performing one wheeling on roads in Multan near Bahawalpur bypass.

According to sources, more than 100 people were racing when the motorbike rammed into the traffic warden and caused him injury.

The police in a crackdown detained the one-wheelers.

Police shifted the arrested men and their motorbikes to Seetal Mari police station.

A case has also been registered against them.