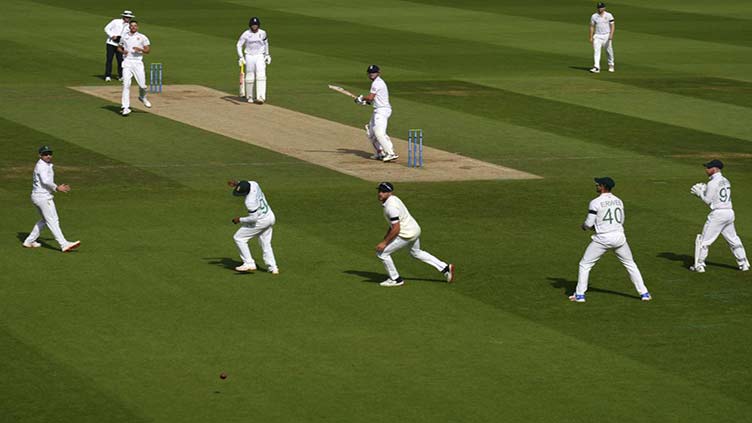 LONDON (AP) — Domestic cricket in England could see a major shake-up if county sides vote through proposals that would create a six-team top division and reduce the amount of games played across formats.

Former England test captain Andrew Strauss spent the last six months overseeing a high performance review for the England and Wales Cricket Board, launched in the aftermath of the 4-0 loss in Australia in the Ashes.

The review presented 17 recommendations, 15 of which fall under the remit of the ECB and already have the required backing. Two key proposals involve a wholesale reorganization of the county calendar and need the support of at least 12 of the 18 first-class counties to go ahead.

Strauss’ panel advocates a reduction from 14 matches per team in the County Championship to 10, with a six-team top division sitting above two secondary conferences who would play off for one annual promotion.

Games would be played more evenly throughout the season in this four-day format, rather than the current model that sees matches crammed into the start and the end of the campaign — either side of the new Hundred tournament.

The Blast, a Twenty20 tournament and a popular cash cow for several counties, would also be pared back from 14 group games to 10, with the 50-over Royal London Cup moved to April as a curtain-raising knockout tournament.

The overall reduction in days is intended to create time for more rest, coaching and analysis, creating more intense competition.

While that is likely to go down well with a large proportions of players, many of whom have found the 2022 model an unsatisfactory mish-mash of competitions and formats, there is a clear financial implication at stake.

Fewer matches will mean less revenue, not only at the gate but also among the membership, who will effectively see less cricket for their money.

Strauss, whose mission statement is to make England the best cross-format team in the world within five years, said he believes the “status quo is not an option.”

“Everyone in the game is telling us this. We have listened, we must now act,” Strauss said.

“I honestly feel this set of proposals can make a massive difference to the game. Of course, anything in our domestic structure is very contentious and it’s for the game to go away, talk and debate. We can still do a lot of good without the final two recommendations, but I think they’re a good demonstration of the hard decisions we need to make as a game, and how serious we are in trying to achieve this ambition.”

Strauss said he wants to have a “coherent schedule.”

“The answer to quality is not quantity. A higher standard, more intense red-ball competition should be a great thing for members, for players, for ground staff, for coaches. We need to understand it’s not all about volume,” he said.

“We think it’s a very complete package but there are going to be elements of it that certain people feel are not in their interest, and we understand that. That’s the reality of the domestic structure. You can’t solve one thing without unsolving another.”

A final decision on the structural changes should come by the end of November, but the earliest they could be adopted is the 2024 season — meaning one more year of a structure that Strauss’ team has effectively discredited.

“We’ve been in a race against time to get these recommendations out there so that the counties can vote on it for the 2023 season, but I think we’ve run out of time,” he said.

“But these are difficult conversations and important decisions. Sometimes you’ve got to look at the bigger picture and understand that it’s better to walk to the right solution than jump off the edge of a cliff.”