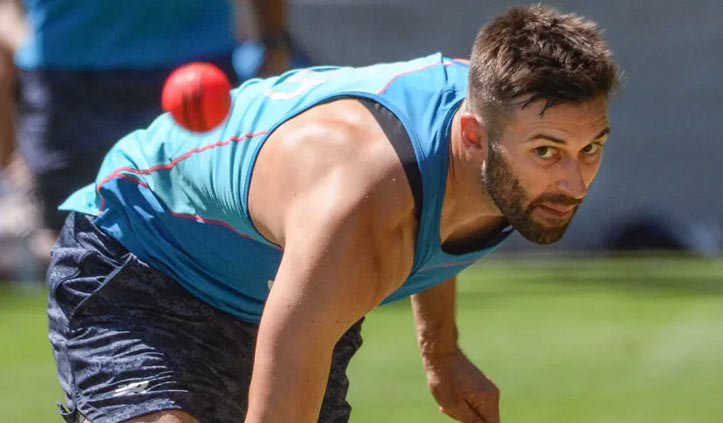 The pacer may yet be unavailable for the series against South Africa.

LAHORE (Web Desk) - England fast bowler Mark Wood will miss the upcoming World Test Championship series against New Zealand and may not feature at all for his national side this summer after revealing that his injury recovery is making ‘slow going’.

The 32-year-old suffered an elbow injury during England’s series loss against West Indies in March, and is currently undergoing rehabilitation after surgery.

It was never expected that Wood’s recovery would be fast enough to bring him into contention to face the current World Test Champions in the three-Test series in June. But the pacer may yet be unavailable for the series against South Africa at the back-end of the English summer, with Wood revealing that is the best-case scenario at present.

"I m off half a run-up," Wood told reporters this week. "I m hoping that I can get off my full run-up in the next couple of weeks and then hopefully play for Durham after that. But at the minute it s a little bit slow going.

“Every time I bowl at the moment there s still a bit of swelling. They ve assured us that that s normal, because I ve had surgery five weeks ago, so it s obviously still a little bit raw.

"If I can build up through one-day cricket first, that will make it easier for us to then come back in the Test matches later in the summer. But, from the roster of fast bowling, I think we re all trying to get fit as quick as we can, but it s slow going at the minute.”

England and Wood will still be hopeful that the quick will be fully fit in time for the ICC Men’s T20 World Cup in Australia in the autumn, but to face time on the sidelines is frustrating for a player who racked up a big workload during his five Tests in England’s winter tours of Australia and the Caribbean.

"After probably two years of not many injuries at all, playing a lot of games felt pretty good. To now have a sustained period off is pretty frustrating, when I felt like I was coming up to the best part of playing for England, bowling consistently quick, and taking wickets. But if I do get back, I ve got the confidence of that two years that I can fall back on."

Wood’s injury absence makes him one of a host of England bowlers currently unavailable, with Jofra Archer, Saqib Mahmood and Matthew Fisher all ruled out with stress fractures in recent weeks, and Chris Woakes, Ollie Robinson, Olly Stone and Sam Curran all currently not fit enough for selection.

The uncapped Matthew Potts could be the beneficiary against the Black Caps, with the Durham quick one of four specialist pace bowlers named in a 13-strong roster for the first Test at Lord’s, with James Anderson, Stuart Broad and Craig Overton also in the squad.