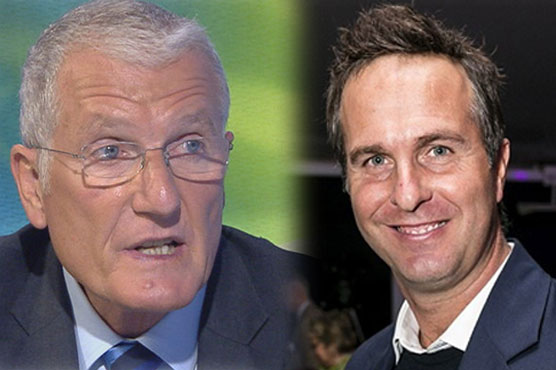 Michael Vaughan and Willis fear the tourists are heading towards a 5-0 whitewash against Australia.

SYDNEY (AFP) - Former England captains Michael Vaughan and Bob Willis fear the tourists are heading towards a 5-0 whitewash against Australia after failing to win the Adelaide Test.

England slumped to a 120-run defeat in the second Ashes clash this week on a ground widely seen as their best chance of winning.

It followed defeat in the first Test in Brisbane with Perth s WACA Ground next up, where they have not beaten Australia since 1978.

Vaughan suggested England had neither the skill nor resilience to win a match.

"This was the week we all fancied England to take something from," he said in comments in The Australian Friday.

"In Perth, the ball won t swing like this (in Adelaide). We are now looking like we did in 2013, like we did in 2006-07, you look at this England side, and realistically, can you see them winning a Test match?

"I think it s going to be very difficult to win a Test match on this tour."

Willis was equally pessimistic, saying Australia was clearly the superior side.

"England are fighting as hard as they can, but the bald fact is they are up against a better side in these conditions," he said in the same newspaper.

"The glaring differences are that Australia have express pace in the seam department and a world-class spinner. We have neither.

"At this rate, you wouldn t be surprised if it was 5-0, as Adelaide probably represented England s best chance to chalking up a victory."

Captain Joe Root has insisted England are "still massively" in the Ashes series, while coach Trevor Bayliss said Thursday that his team had left "a few scars" on Australia in Adelaide.

Another former England captain, Mike Atherton, said the loss of the opening two Tests had eerie similarities to previous tours Down Under, including those spearheaded by Alastair Cook, Andrew Flintoff, and Nasser Hussain.

"All put a brave face on events; all tried to find the right tone but all, ultimately, were powerless to stop an Australian juggernaut that, once rolling, gathers momentum with frightening speed," he wrote in The Times.

"Certainly, the scent is strong and the hounds have been unleashed and Root s team are struggling to avoid the impression that they are on the run, short of hundreds and outgunned with the ball as they are.

"It is going to be a tough few weeks."

The third Test of the five-Test series starts in Perth on December 14, followed by Melbourne and Sydney.