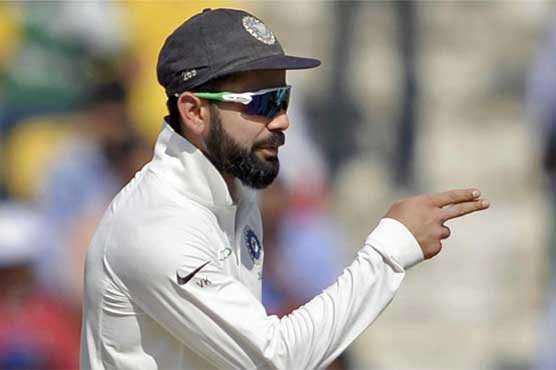 But the Indian squad, who are due to hold talks with the Board of Control for Cricket in India (BCCI) in New Delhi on Friday, want more after the governing body struck a huge new television deal in September.

The BCCI will get $2.5 billion from Rupert Murdoch’s Star India channel to show the Indian Premier League from 2018 to 2022.

Player contracts expired on September 30 and salaries are one of the key negotiating points.

A senior board official, speaking on condition of anonymity, told AFP that "the players want a raise" and that Kohli will lead the talks with former captain Mahendra Singh Dhoni and current coach Ravi Shastri.

They will meet BCCI administrator Vinod Rai in New Delhi to discuss pay and the packed cricket calendar which Kohli has also criticised.

"It’s always healthy to be transparent and that’s what BCCI is trying to be. Kohli and the players are always welcome to put their point across," the official said.

Currently the national squad has three salary grades, with Kohli and other senior players at the top. "We have modified it and have started a process where we consult the players," said Rai.

"We had two rounds of consultation and we will do another one just before the Delhi Test," Rai, former Comptroller and Auditor General of India, added. India start the third Test against Sri Lanka on Saturday.

Rai has backed Kohli’s criticism of the scheduling of tours and the issue is expected to be discussed at the meeting.

Kohli had hit out at BCCI, ahead of the second Test in Nagpur, for better planning of tours, especially ahead of an important series in South Africa starting in January.

They are to play a two-day warm-up natch starting December 30 before taking on the Proteas in the first Test from January 5.