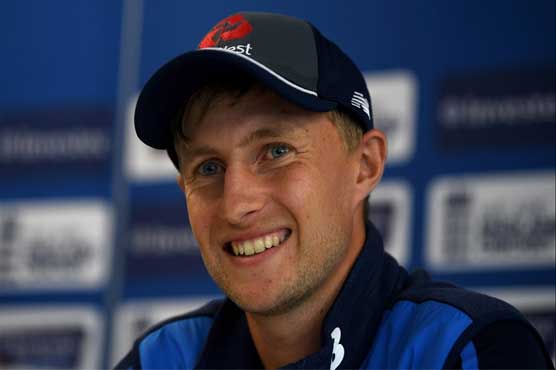 Joe Root said Lyon's remarks were "out of character".

BRISBANE (AFP) – England captain Joe Root said Australia were only putting pressure on themselves with some outspoken comments before the Ashes series, as he calmly dismissed provocative remarks by spinner Nathan Lyon.

Root, who said England were "about due" their first Test win in Brisbane in 31 years, said Lyon’s remarks were "out of character" after the bowler boasted that Australia hoped to end some of the tourists’ careers.

"That’s not how I’d want my players to go about things... it’s slightly out of character," Root told reporters in Brisbane, before the first Test starts on Thursday.

"Whether it’s maybe a team strategy or he’s just taken it upon himself to do that - who knows? The more guys talk going into a series, the more they put pressure on themselves."

On Wednesday Australia skipper Steve Smith joined the chorus of players warning that the pace trio of Mitchell Starc, Josh Hazlewood and Pat Cummins would reproduce the fireworks of Mitchell Johnson, who took 37 wickets in the 2013-2014 series.

But Root said Starc, Hazlewood and Cummins would be "feeling the heat" as they play their first home Ashes series bearing a heavy weight of expectation.

"The three are very talented cricketers and they’ve done some good stuff for Australia in the past," Root said.

"But for all three of them it’s their first Ashes series in Australia and I’m sure they will be feeling the heat.

"There’s been a lot of noise and comparisons made about them and they’ve got to go and try and replicate that.

"A lot of the guys have played these blokes before and know what they bring to the table and are very well prepared as to what to expect from them.

"We’ve just got to trust our games, trust all the work we’ve done and give them as little as possible."

Australia are banking on making a big statement at Brisbane’s Gabba ground, where they have not lost a Test match since 1988. But Root said England hoped to seize a surprise initiative in the first Test.

"It’s the reason why Australia play the first Test of a series here all the time, they’ve got such a good record playing here.

"But if we can go one-up in the series here then it really upsets the apple cart and it could give us a lot of momentum going into the rest of the Tests."

Root, 26, who is lining up for only his eighth Test as England captain and first in an Ashes Test, exuded a zen-like calmness on the eve of the Gabba showdown.

"I’m actually surprised how calm I am," he said. "I am sure tomorrow morning there will be a few little nerves flying about, but that’s natural going into any series, especially an Ashes series.

"The best thing is that I feel ready, I feel really prepared. I have full confidence in this group of players and that’s why I feel so relaxed going into it.

"We have to read the situation quickly out in the middle and play the surface and control our emotions, if we do that then we’ll give ourselves a really good chance."

England have also announced their team on Wednesday for the opening Ashes Test against Australia in Brisbane.