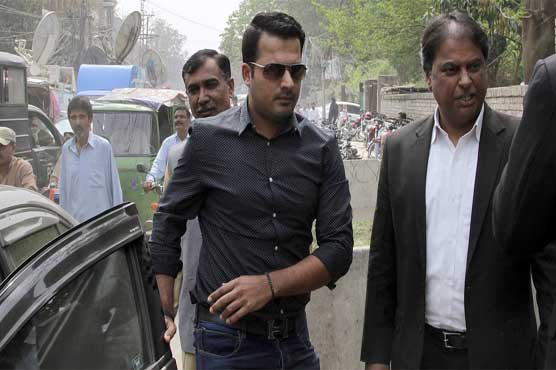 LAHORE (AFP) - Islamabad United coach Dean Jones on Wednesday testified at a tribunal hearing spot-fixing charges against Sharjeel Khan, saying two dot balls played by the batsman during a Pakistan Super League match were not suspicious from a cricketing perspective.

The allegation relates to a match played between Islamabad United and Peshawar Zalmi held in Dubai in February, in which Sharjeel scored a single off four deliveries including two dots (balls which result in no runs).

The Pakistan Cricket Board has accused him of agreeing to a spot-fixing plan and of failing to report offers to fix, charges which carry a ban ranging from five years to life if found guilty.

Sharjeel s lawyer Shaigan Aijaz, who is representing him at a closed-door tribunal, said: "Jones has told the tribunal that Sharjeel played dot balls on merit and that he has no reservations about Sharjeel s shot selection."

The first of the two balls in question was punched to cover point, while the second was driven to mid-off.

A second lawyer familiar with the proceedings confirmed Jones  testimony, which took place via Skype, adding that the former Australia star told the tribunal Sharjeel was naturally weaker on his offside and less likely to score in that zone.

Spot-fixing involves attempting to determine the outcome of a specific part of a match rather than the overall result, and is therefore harder to detect than match-fixing.

Bowlers Mohammad Irfan and Mohammad Nawaz, who also featured in the second edition of the Twenty20 tournament have so far been suspended for failing to report offers to fix.

The fate of batsmen Khalid Latif, Nasir Jamshed and Shahzaib Hasan has yet to be decided.

Taffazul Rizvi, a lawyer for the PCB, added that Jones said he could not speak to whether any of his players had been approached by bookmakers.

"He said that he would be upset if he knows that his players were involved and that players are briefed about fixing through lectures," he said.