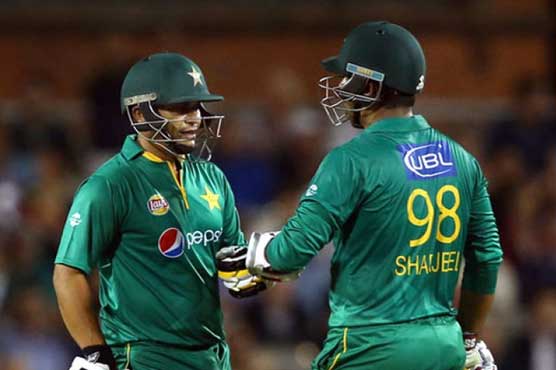 LAHORE (Dunya News) – Sharjeel Khan and Khalid Latif on Friday will be presented before tribunal in spot-fixing scandal during second edition of Pakistan Super league (PSL).

According to details, the initial hearing of the case would be carried out byJustice retired Asghar Haidar whereas former Pakistan Cricket Board (PCB) chairman Touqeer Zia and Waseem Bari would also be the part of the tribunal.

Meanwhile, Sharjeel Khan and Khalid Latif have denied accusations leveled against them in charge sheet.

The authorities said that suspended Shahzaib Hassan, Mohammad Irfan and Nasir Jamshed would be dealt afterwards whereas Quetta Gladiators’ Umar Amin would also be summoned.

Najam Sethi said that PCB only requested FIA to authenticate the data that was recovered from phones of these players. Interior Minister Chaudhary Nisar Ali Khan later took notice of this case himself and directed FIA to start interrogation, added Sethi.

On the other hand, PCB Chairman Shahryar Khan had said that both players will face punishment of minimum of ten years to lifetime ban if spot-fixing is proved.

He said that anti-corruption unit has solid evidences of these players corrupting the game, and the evidences were shown to them as well.