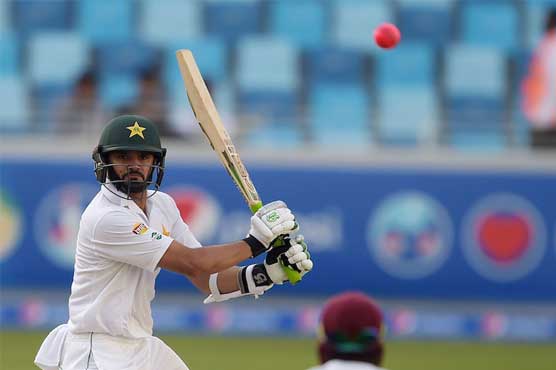 DUBAI: (Web Desk) – Pakistan Vice Captain Azhar Ali has on Thursday scored the first ever century in a Day-Night Test match. Azhar scored his century off just 184 balls with the help of ten boundaries.

In a historic partnership between the two Pakistan openers Azhar Ali and Sami Aslam, the team has until now scored 191 runs without losing a wicket. In this first match with the Pink ball, Pakistan openers have set up a legendary partnership which also broke the record for the highest opening partnership on DSC ground.

The openers are still going on and Sami Aslam is also batting at 84 now off 199 balls with the help of 8 boundaries. It’s been a tough day for the West Indies bowlers while the Pakistan batsmen are having some fantastic time with no wickets falling in the first two session and the hosts still dominating the third as well.

US once again asks Pakistan to 'do more'